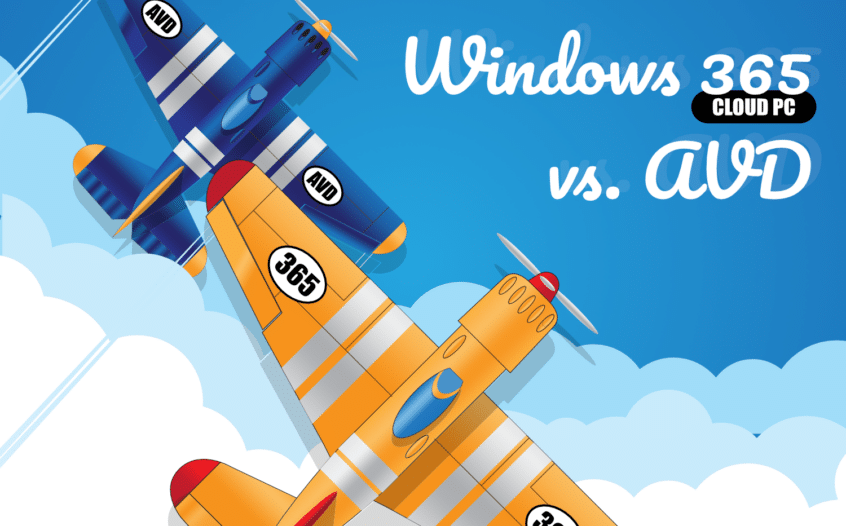 The tech world is abuzz with the launch of Windows 365 Cloud PC. In a Microsoft DaaS world where it has been purely pay-per-consumption, techies and IT managers have been breathing a sigh of relief at the thought of a flat monthly fee desktop option. BUT all that glitters is not necessarily gold. Does Cloud PC fit for your organization or would Azure Virtual Desktop fit better?

Before diving in headfirst, you need to weigh up your options. Yes, with Azure Virtual Desktop (AVD), you’re paying for what you consume, and that can be scary. Nobody wants to get a nasty unexpected bill, but AVD could very well work out cheaper than Windows 365, particularly for larger organisations.

If you employ thousands of people, in a given week through PTO, sick leave, or emergency family leave, a small percentage of your staff will not be working. You may even have staff whose work style means they don’t use a desktop all day but do need one to complete some tasks – for example, clinical staff who do home visits. While Cloud PC does give you a flat monthly fee for a desktop which is predictable and nice to have, you must accept that you’ll be paying for that desktop regardless of circumstances and work styles.

When the pandemic hit, we noticed close to 40% of our employees opted to just consume published applications. This seems quite popular with young workers who prefer to use personal devices too. We also had 1:1 Windows 10 virtual desktops on-prem, but with supply chain issues in China, we couldn’t get enough storage fast enough to build enough desktops to support everyone who’d need one. Ironically, something the cloud is great for is allowing rapid scale. We ended up putting hundreds of employees on multi-session desktops to accommodate those we couldn’t provide a Win10 desktop. It actually worked out great – a relatively stable ride with only minor turbulence.

Windows 365 Cloud PC is a 1:1 persistent virtual desktop. There’s no multi-session OS option, and there’s no option to publish applications. If we wanted to accommodate those people who got along great with published apps and published desktops, Cloud PC may not make the most sense. AVD gives you greater flexibility and more options.

You see, in a large organisation, you’re bound to have workers who use just a few apps and a browser for their work. Published apps and multi-session desktops make sense for these employees, and that can be a significant percentage of your workforce, making AVD a must for at least some of your users since those options are not offered currently with Cloud PC. BUT while AVD is a must, you still run into the potential for a shocking bill due to unexpected consumption trends.

We have been using Cycloud to help manage our desktops sensibly and cost-effectively for some time now. Cycloud can provision and deprovision VMs on a schedule that suits your worker’s hours or on-demand as consumption grows. If resource utilisation such as disk queuing, CPU or memory utilisation passes a set threshold, it can provision a new VM to help handle the increased demand. You also have the option to send a message to your users letting them know you detected high resource consumption and that if they are experiencing slowness or problems, they can log out and re-launch to get to the new desktop. Part of the magic of Cycloud is through the use of Azure Scaling Sets which provides invaluable elasticity to ensure the best experience possible for your users.

You may be familiar with the concept of setting desktops to not only stop in Azure but also to deallocate after they have been in a stopped state for some time. Well, with Cycloud, you get much greater flexibility and simplicity for shutting down and deprovisioning desktops when it makes sense and similarly spinning up more desktops as demand calls for it.

Since Cycloud can provision new desktops as demand increases or as resource bottlenecks are suddenly detected, you can ensure the users already on a desktop continue to have an optimal digital experience. And that users attempting to log in to a new desktop session can get a session as quickly as possible. Less waiting for a VM to power on.

With Cycloud, as users start to log off, desktops are not just shut down and left in a stopped state; they get deprovisioned. This means not only are you not paying for resource consumption on the desktop, but you’re also no longer incurring associated costs such as storage.

Unsurprisingly, most companies in the world didn’t factor a pandemic into their business continuity planning. If they had, more would have been suitably agile and able to switch to allowing everyone to work from home with fewer delays and disruptions than so many experienced.

With various DaaS offerings now available, not just hosted on Azure but on AWS and other public clouds too, it’s worth factoring in how these DaaS solutions work and what you pay for. To illustrate this, think about airlines during the pandemic. Their business was devastated. Planes were grounded, but even though they weren’t flying and making the airlines money, they continued to cost a lot of money just sitting on runways and in hangars.

If you have a workforce using AVD and you leave a group of machines in a stopped state, or even worse, just left powered on and idle, it’s like airlines paying for grounded planes or paying to fly empty ones. You’ll pay for the consumption, licensing and storage costs of those idle desktops and potentially pay the storage costs even for those stopped VMs if you don’t manage them correctly. If you put all your users on Cloud PCs or just one public cloud and your business is devastated like the airlines, what will you end up paying while your business faces disruption? How flexible is the model that you picked? Cloud PC does offer a quick cancellation and the possibility of a partial refund too. Would AVD or Cloud PC provide the flexibility and assurances you seek? Possibly but it’s worth considering.

From our projections, we see AVD orchestrated with Cycloud as superior in value to Windows 365 Cloud PC for most of our customer use cases. Don’t get me wrong; if you need an always-on desktop for all of your employees, it’s pretty much a given that you go with Cloud PC. This may still depend on other factors like licensing costs, desire to use MEM and more, but if you have a mixed set of user work styles and workflows to account for, it’s not as cut and dry as you may think. With Cycloud, more often than not, AVD is likely to be the most logical choice.

If you’re starting on your journey to the cloud and would like help figuring out the best flight path, we’re happy to help. 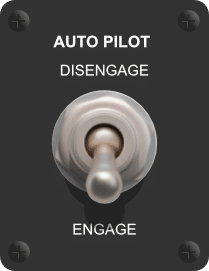 Save 100hrs+/week on AVD costs

Provision and completely de-provision Azure Virtual Desktops automatically. Only pay for what you use.
Get a free trial!